Insurance company TAL is still employing a senior case manager who was found to have acted inappropriately and whose portfolio was raising concerns, the Hayne royal commission heard on Friday.

The Hayne inquiry continued Friday morning's session by discussing the case of an insured person under TAL, who it was revealed had been investigated by a TAL claims manager and bullied by the same manager.

Senior counsel assisting Rowena Orr QC revealed to the inquiry that the senior case manager for the insured, despite concerns being raised against her, was still employed by TAL.

Ms Orr continued her questioning of TAL representative and general manager of claims Loraine van Eeden and showed the inquiry emails from John Kay, TAL's retail claim manager, to the senior case manager of the insured.

In the emails, Mr Kay was asking the senior case officer what her plans were for the case and received the response that further investigation for the insured’s case was still being considered.

“He said that his review of the senior case manager's portfolio was really concerning and pretty much followed a similar theme in the comments, the email below,” Ms Orr said.

“He said that he would have concerns with her being a case manager, let alone a senior,” Ms Orr said.

“And he recommended that her whole portfolio be reviewed by quality assurances as he had significant concerns and considered it to be a big risk for the team,” he said.

Ms Orr then provided emails to the inquiry from September the same year that showed that the senior case manager was still on the insured's case.

Ms Van Eden then said that the senior case officer was still on the claim in September and was still employed by TAL.

“Have any disciplinary consequences been imposed on this senior case manager in relation to the insured's claim?” asked Ms Orr.

“No, but we have provided training,” said Ms Van Eden.

“She remains in your employ and you've provided her with some training,” said Ms Orr. 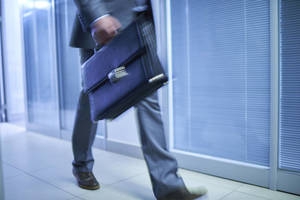