It’s often said that you should never let a good crisis go to waste. As we approach the 10 year anniversary of the seminal event of the global financial crisis – the collapse of Lehman Brothers – investors may wonder if we’ve learned anything from past mistakes. Through the varying lenses of policymakers, investors and markets, the answer is decidedly mixed.

Without question, policymakers around the globe have made some headway, particularly in the area of bank vulnerability. While concentration risk among the major global banks has actually grown since the crisis, broadly speaking, leverage and trading risk are down while equity and capital ratios are up. Large bank failures remain a risk, particularly in the European periphery and emerging markets, but the gradual de-risking of banks should make the system less vulnerable to contagion in the next Lehman-like crisis.

Where policymakers have made less progress is on the monetary front. Other than the US Fed, the other major central banks remain in crisis mode today, unable to lift rates or unwind their massive quantitative easing programs. Balance sheets are bloated to the tune of $15 trillion with still close to $8 trillion in negative-yielding sovereign bonds, reducing the stimulative firepower of the major central banks to counteract the next recession or crisis. In the end, it may be fortunate that banks have ramped up their ability to absorb losses because central banks certainly have less power to prevent them.

Coming on the heels of the tech and telecom bust of 2000-2001, the plunge in risk assets during the GFC represented the second bear market in eight years for many investors. In addition to rethinking their equity expectations, Lehman’s collapse highlighted a new risk: that systemically important institutions might be too big, too interconnected, or too complex to save. Millennial investors coming of age in the 2000s may never look at equities the way the Baby Boomers did growing up in the bull market of the 1980s and '90s. The common refrain in the wake of Lehman was that investors cared more about the “return of their capital, not the return on their capital”. While some scar tissue has built up, investors have been forever altered.

Ten years of Zero Interest Rate Policy and Negative Interest Rate Policy have pushed them grudgingly out the risk spectrum and back into equities, but there is little doubt investor risk tolerance has been fundamentally altered. Investors are more skittish and therefore more likely to bail when volatility rears its head again. “Buy and hold” has gone from a trusted maxim to a sad platitude that many investors can no longer embrace.

Finally, as investors have changed, so have the markets. Because the failure of Lehman was equal parts credit crisis and liquidity crisis, investors have come to demand both better protection and more liquidity in their investments. Wall Street, asset managers and global banks have been more than willing to develop new products and strategies promising to reduce volatility, manage downside exposure, or reduce correlation to falling markets. Assets in these products number in the trillions and include all manner of strategies that either use volatility as an input to reduce exposure or short volatility outright.

The common theme of these strategies, to one degree or another, is to reduce risk into falling markets, which may exacerbate the sell-off – as seen in February’s volatility tantrum. While we believe these strategies play an important role in tailoring appropriate client portfolios, it represents a modern-day tragedy of the commons whereby investors’ demands for better downside protection actually creates selling pressure and downside volatility when the crisis finally comes.

Historical analysis of any crisis is likely to be inconclusive and provide few solutions. There can only be so much learned from looking back when every new crisis is sewn from different seeds. All participants and policymakers can do is hope that the system is more flexible and therefore less fragile when the next crisis hits.

On this score, we can only conclude that things have changed very little from the days of Lehman. While consumers are in no worse shape, corporate and sovereign debt levels have only risen since the crisis, sustained solely by artificially low interest rates. Banks have found some religion with respect to building equity capital, but much of the leverage has simply moved to the bond markets. Meanwhile, old fashioned value investors who were willing to catch the falling knife are few and far between, replaced by quants and algos who will sell (or go short) at the first sign of trouble. The Lehman collapse brought about many positive changes, but in the end, the global financial system appears no less brittle today than a decade ago. 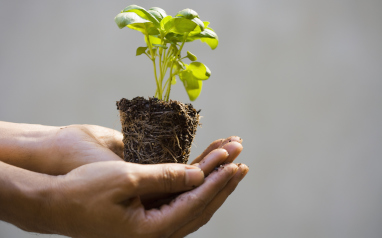