Senator John ‘Wacka’ Williams has lobbied for Parliament to bring in laws that would bring criminal charges into the superannuation industry.

At the annual Workplace Super Specialists Australia (WSSA) conference in Sydney last week, master of ceremonies Kerry Chikarovski delivered the comments on behalf of the senator.

“He has given them a belting when he feels they need it but equally has praised them in the media when they have done the right thing,” she said.

In his statement, Mr Williams said that he supported legislation that would bring criminal charges to the industry for people that fail to meet their obligations.

“People when they commit criminal offences should face criminal laws, serious fines and jail term for stealing Australian workers money and retirement funds as they should,” he said.

Legislation has been brought to the Parliament before in the form of the Treasury Laws Amendment where it is currently in the upper house said Mr Williams.

“You all know how this place works. If we don’t have the numbers it gets put on the backburner,” he said.

Mr Williams said that criminal acts were still criminal and people in finance needed to face the consequences.

“Criminal activity is criminal activity and I want to see these criminal charges attached to superannuation so in the future when individuals, trustees or directors steal money from the retirement funds of hard working Australia they face the proper music,” he said.

Mr Williams was also supportive of another amendment to the Treasury Law that would remove exit fees for consumers from funds along with a range of other changes.

“It [the bill] protects low balance accounts by transferring them to the ATO where no contributions have been made in 13 months or more,” he said.

“When these bills come here to the senate if Labor and the Greens oppose that punishment they will have to have a good reason for it,” Mr Williams said. 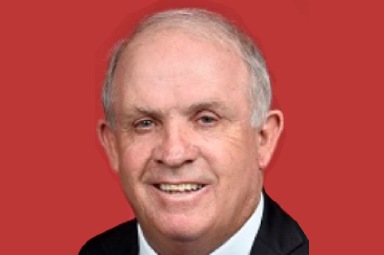