A Queensland-based financial adviser has slammed plans by FASEA that will see tougher educational requirements imposed on risk advisers, labelling the sale of insurance “a monkey’s job”.

Earlier this year, an ifa reader poll indicated that the majority (76 per cent) of advisers plan to exit the industry once FASEA’s mandatory education standards are introduced, creating an even greater dilemma for the provision of financial advice in Australia.

Under the proposed FASEA guidance, advisers will have already met the standards requirement if they hold an approved qualification under the FASEA/FPEC register, have completed an AQF7 or FASEA approved qualification by 1 January 2024, or have completed a course that offers “at least eight units/courses” at AQF 8 level covering the fields of ethics, financial planning and technical requirements.

Fears are growing around the nation’s underinsurance problem, with many suggesting risk advisers will also exit the profession once strict education requirements are enforced.

Mr Heathwood said that an “overarching mystique” has been invented about the sale of insurance and home loans in Australia that is making these products out to be more complex than they actually are.

“It’s like selling home loans. There aren’t too many bells and whistles that you can put on a home loan that makes them that different,” he said.

“Clearly in the areas where there is more complex advice being provided to someone, it might be trusts or tax or negative gearing and a combination of all of them together, the very thing they won’t recognise will be the currency required for that advice to be successful and beneficial; it’s experience that brings the currency to that advice. It’s not a university education.”

Earlier this year, Synchron director Don Trapnell issued a statement calling out the federal government for adopting an approach to financial advice that will result in “over-education” and “over-regulation”.

“We believe the government is trying to force life advisers, who are engaged in helping people to make simple, yet life-changing decisions around protecting themselves and their families, to become full service financial planners,” Mr Trapnell said.

“The pendulum has swung too far the wrong way.”

Risk advisers do not need to be across retirement strategies, “the intricacies of managed funds” or the “latest superannuation caps legislation”, he said.

Following the appointment of Scott Morrison as Prime Minister last week after a historic leadership spill within the Liberal party, some industry players are now preparing for a change of government.

The Association of Independently Owned Financial Planners (AIOFP) has grown closer to the left-leaning Finance Sector Union (FSU) in recent weeks as the political landscape shifts.

AIOFP executive director Peter Johnston wrote to the Turnbull government earlier this month outlining that there are different classifications of advice that FASEA refuses to recognise, including risk, aged care, retirement/Centrelink and ASX direct strategies.

Mr Johnston described the “FASEA fiasco” as “an unfortunate story of senseless megalomania destroying an industry, careers, jobs and families”.

Asked about what a Labor government would mean for the future of financial advice, Wealth & Wise’s Scott Heathwood told ifa that Bill Shorten would be “a disaster”.

“He has absolutely no idea and no interest in the go forward position for Australia. He’s interested in one thing only, and that is the advancement of the union cronies and that sector,” Mr Heathwood said.

“They just have absolutely no idea. It will be the politics of spite at its worst conceivable level. It will be worse than Rudd.” 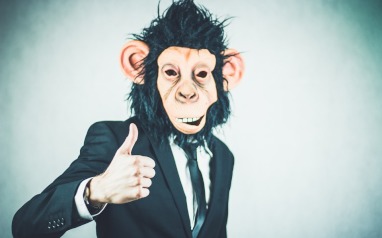