A review of small business tax concessions conducted by the Board of Taxation has found that small businesses are bearing the brunt of uneven compliance obligations.

In May this year, the Board of Taxation announced it would be conducting a review of small business tax concession in a bid to improve existing concessions and potentially recommend new approaches.

Following three public consultation sessions, as well as 37 written submissions from stakeholders, the board has revealed several key themes that have emerged, including how the range of concessions were not widely known and generally framed as complex.

Further, stakeholders believed that the tax concessions are heavily skewed towards the end of the business life cycle, with a lack of support earlier in the crucial start-up and survival phases.

The different definitions and thresholds of a ‘small business’ across the regulatory environment were also identified as leading to too much complexity and confusion.

Speaking to ifa sister title Accountants Daily, HLB Mann Judd partner Peter Bembrick said the issues raised were in line with the complexity and confusion seen with its corporate clients.

“We agree that there is a lack of understanding of the range of concessions, and that some of them are quite complex, both to determine eligibility and, if eligible, to apply, which adds to the feeling amongst small business owners that they bear a disproportionate compliance burden,” said Mr Bembrick.

“We would like to see more measures aimed at simplifying compliance for small businesses, especially in the start-up phase when many businesses are at the highest risk of failure.

“One obvious example is aligning the various definitions of ‘small business’, which currently cause a great deal of confusion, and leave business owners at risk of making inadvertent errors while attempting to properly meet their tax obligations with the best intentions, either applying concessions in error or failing to claim concessions to which they are actually entitled.”

Further, Mr Bembrick is hopeful that the current eligibility thresholds are raised, removing the disincentive to grow a business.

“While recognising the government’s revenue constraints, an increase in these thresholds at some point would be welcome, and perhaps some phasing in of the thresholds so that there is not such a stark difference in outcomes for businesses just under and just over the limits, which may reduce the disincentives for people to keep growing their businesses,” he said. 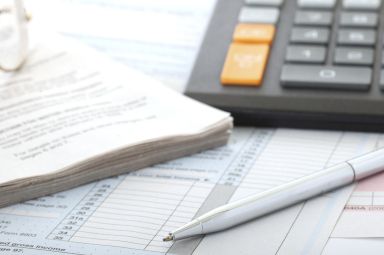