“It is evident that FASEA does not see the way industry regulation currently works as the basis for its new approach,” Mr Lavery said.

“FASEA’s consultation paper on CPD does not look to build on the specialist areas model used in ASIC’s RG146. Instead, four key areas are identified with a heavy focus on ethics and regulatory compliance.”

The government body’s “fresh approach” has also been unique, Mr Lavery said, in that the traditional role of adviser member associations and the vocational education providers.

“FASEA’s paper all but ruled out the participation of education providers in the vocational sector,” he said.

“This stands in contrast to the prominent role the vocational sector has played in providing qualifications to financial advisers up until now.

“Professional bodies’ current role in creating structure around CPD, as well as assessing CPD content and providing it with accreditation, was not reflected in FASEA’s consultation paper.”

Mr Lavery said that while FASEA has not ruled out the ability for professional associations to become official code monitoring bodies, it has raised issues with potential conflict management and resources.

The royal commission has also asked the associations to answer whether they can effectively juggle the conflict between acting in their members’ interest and the public interest. 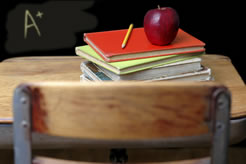