Government should consider extending the deadlines for the implementation of new adviser standards to ensure FASEA achieves “the right outcome”, according to the authority’s former CEO Deen Sanders.

Speaking on a panel at the FSC Summit 2018, Dr Sanders – who was appointed as FASEA’s inaugural CEO before leaving to join Deloitte – said the biggest challenge facing the industry is not the new standards themselves, but the manner in which those standards are achieved.

“This is all happening at once, that’s the real issue,” he said.

Mr Sanders said his “one suggestion” to advisers would be to speak to government about the timing of the new standards’ implementation.

“FASEA’s mandate is clear and I’m not here to in any way, shape or form criticise that and their deadlines are tight and they’re doing a very tough job, but in the face of that, my years and years of experience means we’d take it to government,” he said.

“Take that perspective to government and argue well, why don’t we change the dates, why don’t we give consideration to how long this takes to get the right outcome instead of a rushed outcome.

Mr Sanders added that tight deadlines could prompt some advisers to make a reactionary decision to leave the industry, rather than “engaging and choosing what options are available to them”.

“That would be deeply saddening, and not the intent of the regime,” he said. 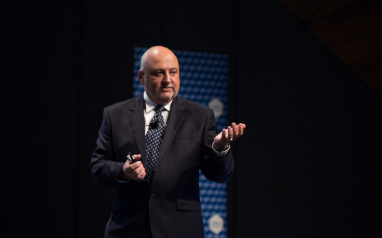 The Association of Financial Advisers (AFA) has raised some key concerns with a recent government proposal on changes to the education and training st...