The ATO has sounded a warning on illegal early access schemes for SMSFs, cautioning that such behaviour can sting well-meaning clients.

The ATO said the promoters promise early access to superannuation for a fee, supply documentation to carry out the transaction and request identity records from taxpayers.

Previously, the ATO stated the main targets were taxpayers with small to medium super balances, however, the ATO has now issued a specific warning about these illegal schemes to SMSF trustees.

The ATO warned trustees that illegal schemes will “cost members a lot more than the super they access” and may get them into trouble.

“As an SMSF trustee, you must ensure that the member has met a condition of release before you release any funds,” the ATO stated.

“There are severe consequences for you and your fund if you access your super before you are legally entitled to do so.”

The consequences of accessing superannuation illegally include disqualification of trustees, the fund being made non-complying, an imposition of administrative penalties and prosecution, the ATO said.

While SMSF professionals are well aware of the severity of accessing superannuation early, clients are often caught out by people posing as licensed operators. 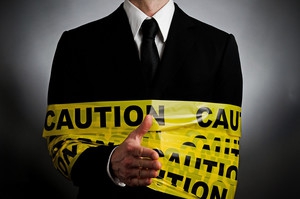