FOFA architect and former MP Bernie Ripoll has joined the board of directors of Pimco and Allianz’s new retirement income joint venture business.

In a statement, Pimco announced that it had appointed new board members and a new chief executive to its new joint business, Allianz Retire+ Powered by Pimco.

Allianz announced the launch of the new business in Australia with subsidiary Pimco in mid-May.

Mr Ripoll will join Allianz Retire+ as an independent non-executive director, alongside Patria Mann and David Plumb, who will be chairman.

Former IRESS group executive for financial markets Matthew Rady has been appointed as chief executive of Allianz Retire+, while Adrian Stewart transitions from interim chief executive to board member.

Commenting on the appointments, Mr Plumb said, “The board includes diverse attributes that will enable it to oversee and guide management – deep financial and commercial acumen and a strong mix of skills and industry experience.”

Mr Ripoll was a member of the Parliament from 1998 to 2016 and sat on many joint parliamentary committees as chair or deputy chair. He serves as a non-executive director for a number of companies and not-for-profit organisations, and is a director and chairman at MapMyPlan.

Before joining IRESS, Mr Rady was at Macquarie Group for 18 years in senior roles such as head of banking and financial services for North America and head of Macquarie global investments.

Ms Mann is a former KPMG partner and brings 14 years’ experience in superannuation, audit, investigation, risk management and governance experience to the role. 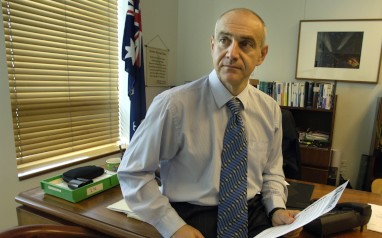