Dealer group to appear before royal commission’s fourth round

A non-bank licensee will join the major institutions and insurers in giving evidence before the fourth round of the royal commission, focusing on rural and regional financial services.

The Royal Commission into Misconduct in the Banking, Superannuation and Financial Services Industry has today released the list of witnesses that will appear before the next round of hearings, commencing in Brisbane on Monday.

Among them is a non-bank licensee called Select AFSL, which describes itself as an “an independent group of Australia’s most successful financial advisers” on its website and also trades as Let’s Insure.

Select AFSL will appear as a witness on the topic of “interactions between Aboriginal and Torres Strait Islander people and financial services entities” when the hearings move to Darwin in the second week of proceedings.

ANZ and ACBF Funeral Plans will also appear as witnesses on this topic.

The big four banks, regional banks Rabobank and Bendigo and Adelaide Bank, and a range of insurers will also appear on the topics of ‘farming finance’ and ‘natural disaster insurance’.

“The fourth round of public hearings will focus on issues affecting Australians who live in remote and regional communities, which relate to farming finance, natural disaster insurance, and interactions between Aboriginal and Torres Strait Islander people and financial services entities,” said a statement from the commission.

“Further topics may be included and the list above will be updated accordingly before the hearings commence.”

Dealer group to appear before royal commission’s fourth round 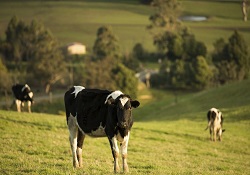