The parent company of non-bank licensees Beacon Group and Libertas Financial Planning will list on the ASX after merging with a fund manager.

Linchpin Capital, the parent company of the dealer groups, will commence an initial public offering after merging with fund manager AD Capital.

ifa sister title InvestorDaily exclusively revealed that AD Capital and Linchpin Capital signed a heads of agreement to merge on 27 March and plan to list on the ASX under the AD Capital Group brand in July.

InvestorDaily understands AD Capital Group will lodge a prospectus in late June in preparation for the company’s listing.

The merged entity is still looking for a chief executive but Ian Williams, former executive director of Linchpin, will be the group’s chief operating officer.

In a letter to Linchpin’s 300 authorised representatives on 30 April, Mr Williams and Mr Nielsen said it had “always been our intention to proceed to a listing when the economic growth of the group compounded by market opportunities were optimum”.

“The banking royal commission has provided the catalyst and timing to launch a non-bank/non-institutionally owned financial services group that will not mandate product, services nor platforms and has the potential to be publicly owned and driven by what’s in the best interest of the client,” the letter said.

The combined entity’s growth plan is to “capitalise on the current market environment”, the letter said.

“The poor reputation of bank financial planners together with increased cost of compliance plus fundamental changes in the industry from the FOFA reforms have created opportunities for dynamic, nimble organisations to acquire small-to-mid sized dealer groups,” it said.

“With the provision of research and funds management services, AD Capital can close the circle and offer additional wealth management products and support to the industry and not be reliant on retail clients like other groups in the industry.”

The listing was promoted to Linchpin/Beacon advisers as providing “visibility and credibility”, improved governance and a share incentive scheme.

The new organisational structure was unveiled to advisers in PD Day sessions in early May. 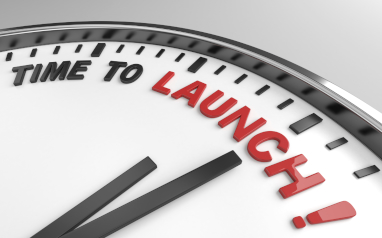