The AFA has taken steps to help members affected by the sudden wind up of Dover Financial, adding that the licensee’s abrupt demise will have “flow-on effects” for the industry.

Speaking to ifa in the wake of last Friday’s surprise closure of Dover Financial, AFA chief executive Phil Kewin said the immediacy with which the business ended came as a surprise, despite knowledge of ASIC’s ongoing investigation into the dealer group.

Mr Kewin said the AFA had contacted affected members and was taking steps to introduce them to new licensees, but added that former Dover advisers may face difficulty joining other dealer group’s due to Dover’s recent appearance before the royal commission and the regulator’s concerns over its compliance.

“This isn’t ideal for anyone, but it’s important to remember this isn’t about the advisers or the advice being given, this is about ASIC and Dover not being able to work something out,” he said.

“Whether they’re good advisers or not, they’re going to have some difficulty with some licensees not wanting to deal with advisers from certain dealer groups.

“We need to remember to assess these advisers as individuals, for the people they are and for the work they do.”

Mr Kewin added that the sudden shuttering of Dover was “not a good look for the industry” and will have implications for the financial advice industry’s reputation.

“There will be flow-on effects,” he said.

“There’s no winners out of this, it’s no good for clients, for advisers, for dealer groups, or for the industry’s reputation.”

Fellow adviser association FPA declined to comment on the shut-down of Dover. 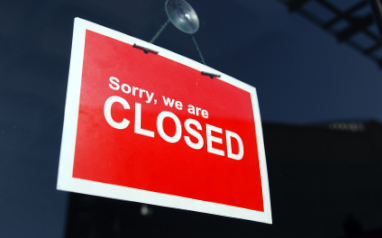