An additional link between the FPA and Sam Henderson’s firm not previously uncovered by the royal commission has come to light, involving a panel member of the association’s disciplinary body.

A Certified Financial Planner and active member of the FPA, Mr Cook has served on the CRC since at least 2015 and ifa understands he has been involved in a number of disciplinary hearings during that time.

He joined the board of AZ NGA following the Italian fund manager-backed aggregator’s acquisition of Eureka Whittaker Macnaught in 2015 and was one of a number of directors advising AZ NGA on its acquisition of Henderson Maxwell in late 2017.

The connection has not yet come to light in documents or testimony provided to the royal commission, despite the commission scrutinising a number of links between the FPA and Mr Henderson that may have influenced the client complaint made against Henderson Maxwell to the CRC.

She also took aim at the FPA's decision to keep Mr Henderson's identity confidential throughout the disciplinary proceedings.

Asked whether Mr Cook’s dual role as a CRC panellist and AZ NGA board member may be perceived as a conflict of interest, Mr De Gori told ifa the CRC is well-equipped to mitigate such concerns.

“Just because you are a CRC member does not mean you appear on a panel for a hearing,” he said. “There are up to 15 CRC members and the CRC chair only selects two or three CRC members to sit on a panel for any hearing that is conducted. In selecting a CRC member for a panel the issue of any conflict of interest must be considered – it is a requirement in the disciplinary regulations.”

Mr De Gori said that were a panel member subject to a conflict of interest in relation to a disciplinary matter they would be ineligible to sit as a panel member in those proceedings.

Speaking to ifa, Mr Cook himself agreed that the CRC's internal protocols would have been sufficient to address any conflicts were his name put forward to judge the Henderson matter.

"There are many members of the CRC and it is unlikely that I would have been asked to be a practitioner panellist for that hearing," he said. "In any case, as with judicial matters, potential conflicts is the first thing considered. If I had been asked I would not have accepted."

Mr Cook said that despite his CRC panel position he did not become aware of the client complaint against Mr Henderson until it was made public by the royal commission. 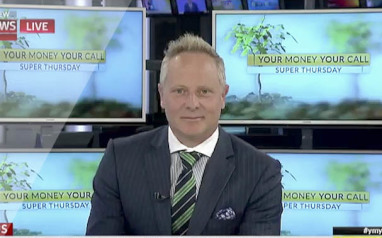