Ms Gallagher has resigned today following a ruling by the High Court that she is ineligible to sit as a senator in the Australian Parliament due to her remaining a British citizen after being nominated as a candidate for office.

She has served as shadow minister for small business and financial services on the opposition front bench since July 2016 and was previously chief minister of the ACT before entering federal politics.

In a statement, Ms Gallagher expressed disappointment at the outcome but said she respects the court’s decision.

“I have spent the last 17 years of my life representing the people of the Australian Capital Territory, firstly in the ACT Legislative Assembly and more recently in the Senate,” she said.

“I have always acted on the best available legal advice, which at all times indicated that I satisfied the eligibility requirements under the Constitution. However, today the High Court has made its decision, and I respect the outcome.

“To the people of the ACT I’m very sorry that this disruption has occurred to one of your federal representatives.” 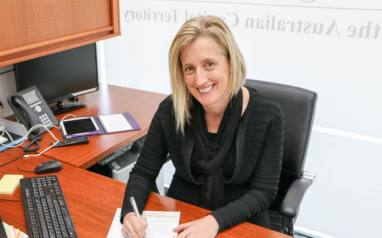