***Updated***Documents presented to the royal commission reveal AMP deliberately sought to conceal a former financial adviser’s inappropriate advice from Dover after the adviser announced his intention to switch licensees.

Counsel assisting Rowena Orr grilled AMP head of advice compliance Sarah Britt over an email from a former AMP executive specifically asking AMP staff not to supply a reference for an adviser in the process of moving to non-bank dealer group Dover Financial Advisers.

ifa understands that a number of AMP employees were copied on the email, with Ms Orr singling out a "Mr Scott" that is not fully identified.

The adviser in question, Adam Palmer, had failed numerous internal audits over multiple years, and AMP had just commenced action to terminate his employment when he tendered his resignation.

Further, Ms Britt confirmed that it was not AMP policy at the time (or now) to proactively alert other dealer groups to former staff’s misconduct or provision of inappropriate advice.

Ms Britt did note however that AMP has subsequently signed up to the ABA’s reference checking protocols and will now supply all dealer groups with references upon request regardless of whether that business is an ABA signatory or not.

The repeated audit failures and provision of inappropriate advice were also not reported to ASIC until the regulator made a request for information in response to concerns raised by Dover over Mr Palmer’s advice, Ms Britt confirmed to counsel assisting.

None of Mr Palmer’s clients have been remediated, and many of them have not been informed they received inappropriate advice, Ms Britt also confirmed.

The royal commission could not confirm that Dover had made a request to AMP's Genesys licensee for information about Mr Palmer, with Ms Britt telling the commission AMP has been unable to find evidence of the request.

However, a source within the Dover organisation with knowledge of the matter - speaking to ifa on condition of anonymity - said Dover did in fact attempt reference checks on Mr Palmer but never received a response from Genesys.

Insufficient information provided by the banks has been a sticking point for non-aligned licensees seeking to conduct reference checks on formerly institutional advisers.

In a recent article published by ifa, Synchron chair Michael Harrison listed this behaviour at the top of the list of issues the royal commission should consider.

"The big four banks [and other institutions] do not supply adequate references for their departing financial advisers. In our experience, they withhold information and in at least one case we know of, a bank did not disclose that an adviser had been reported for a breach," Mr Harrison wrote.

"In an industry that is trying to increase professionalism, we see this kind of behaviour by banks as being a serious issue."

At a recent  event in Sydney, Synchron director John Prossor welcomed the new ABA protocol but questioned whether ABA members are being compliant with it in practice.

Correction: A previous version of this article stated that the listed Mr Scott "may" refer to AMP head of advice quality and compliance Chris Scott. The reference has subsequently been removed. An AMP spokesperson was unable to confirm or deny whether the Mr Scott mentioned by Ms Orr is in fact Chris Scott.

It also mistakenly stated that Ms Britt was "unable to recall" whether a request had been made by Dover. It has subsequently been amended to clarify that Ms Britt told the the commission that "AMP has been unable to find evidence of the request", which is a more accurate description of the transcript. 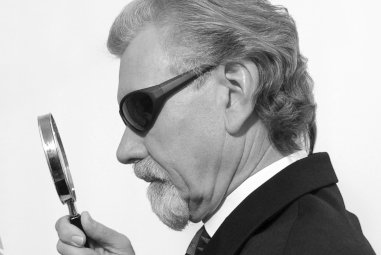