Magellan Financial Group has chosen to end its three-year sponsorship with Cricket Australia in the wake of the recent ball-tampering scandal.

Magellan has ended a three-year deal with Cricket Australia as the naming-rights sponsor, which was signed in August 2017.

The deal, which commenced during the recent Ashes series against England, will be torn up seven months into the three-year agreement.

Australia captain Steve Smith admitted that the senior leadership of the team made and implemented plans to tamper with the ball during the recent third Test against South Africa in Cape Town.

Steve Smith and vice captain David Warner have both been banned from playing for Australia for 12 months, while batsman Cameron Bancroft has received a nine-month ban.

Magellan chief executive Hamish Douglass said, "A conspiracy by the leadership of the Australian Men's Test Cricket Team, which broke the rules with a clear intention to gain an unfair advantage during the third Test in South Africa, goes to the heart of integrity.

"Regrettably, these recent events are so inconsistent with our values that we are left with no option but to terminate our ongoing partnership with Cricket Australia.

"We were delighted with the recent Magellan Ashes series sponsorship and it is with a heavy heart that we have to end our partnership in these circumstances." 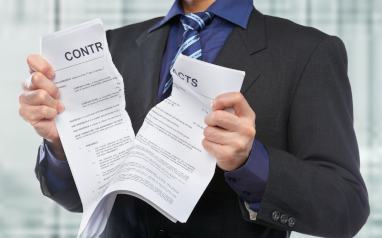 The must-attend event for financial advisers is back in 2022: the ESG Summit, coming to Sydney and Melbourne in February. Walk away with vital knowledge on a number of key ESG areas to help you make informed ESG strategy decisions and to better communicate and integrate the growing ESG space to clients. Visit the website to secure your place.
news
6 commentsjoin the conversation
news
Cbus adopts insurance in super code
RBA holds cash rate flat

The government is finally delivering on its budget promise to remove the $450 per month superannuation guarantee threshold. ...

ASIC has revealed a major focus over the next 12 months will be to identify and pursue “opportunities for smarter regulation”. ...

Fidelity International has committed to halving emissions from its investment portfolio by 2030 and has set deadlines for the phase out of thermal c...