Facebook will be removed from the index used by one of the BetaShares ETF products as the social media giant faces allegations of inappropriate use of client data during the 2016 US presidential election.

In a statement, BetaShares announced that the responsible investment committee (RIC) that oversees the BetaShares Global Sustainability Leaders ETF (ASX: ETHI) has removed Facebook from the ethical and sustainable securities index the ETF tracks.

Facebook previously made up 3.9 per cent of the ETHI portfolio.

The decision follows a number of privacy and data scandals that have rocked the social network in recent weeks.

“Facebook has historically qualified for inclusion in the fund’s index on the basis of its strong global leadership on carbon emission metrics (which are nearly 80 per cent better than its industry peers) as well as its responsible advertising and other policies,” the statement said.

“However, the company has in recent times been the subject of a number of controversies and reputational issues, which the RIC has been monitoring on an ongoing basis.

“These issues include (but have not been limited to) the recent scandal involving data analysis company Cambridge Analytica’s use of personal data from 50 million Facebook users who did not agree to the use of their data.

“The combination of the recent serious data breach with other previously identified issues has caused the RIC to determine that Facebook is no longer eligible for continued inclusion in the index (and, as a consequence, in the ETF).”

ETHI is the largest ethical ETF on the ASX with $170 million in funds under management. 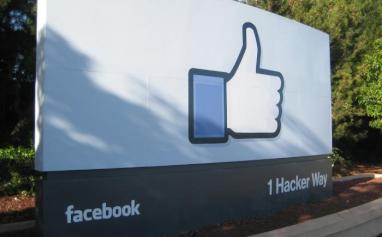