The FPA has hired a recruitment firm to help hire the next chair of its Financial Planning Education Council (FPEC), following the resignation of former chair Mark Brimble due to conflicts of interest.

According to an advertisement listed on job search website Seek, the FPA is seeking a “senior academic leader” to fill the post left vacant by Dr Brimble, a professor at Griffith University and FASEA board member, who stood down from the FPEC role in February.

The advertisement – which is listed by third party recruiter Paul Dickinson Consulting on behalf of the FPA – states that the position would suit an individual with “over 10 years' academic experience at a university with expertise in financial planning education and research”.

The candidate should be “committed to the development of the financial planning profession” and well-versed in the history of the industry and its education and training infrastructure, it said.

The FPEC chair position is an unpaid, voluntary role requiring a time commitment of 10-15 hours per month and will include responsibility for liaison with FASEA and other government bodies.

It will also involve oversight of the process for accredited academic courses as ‘approved programs’ and the broader FPEC curriculum.

Given that the FPEC curriculum was “gifted” to FASEA for use as a guide for determining professional standards, the FPEC chair will have the potential to greatly influence the mandatory education standards regime.

As such, Deakin University associate professor Adrian Raftery described the position as “probably one of the most important roles in the financial planning profession right now”, questioning whether a voluntary position would attract a high calibre of candidate.

The advertisement describes FPEC as an “independent” body but the FPA is listed as the employer organisation. Moreover, records held by government body IP Australia list the FPA as the “owner” of the FPEC subsidiary.

Dr Brimble stood down following the airing of concerns from FPA members that his concurrent board position with FASEA and employment with Griffith University may present a conflict of interest.

Asked to comment on the resignation in his recent interview with ifa, FPA chair Neil Kendall conceded there was an issue of appropriateness at play.

“When [Dr Brimble] originally accepted the role on FASEA, there was no relationship [between FASEA and] FPEC,” Mr Kendall explained.

“Subsequent to that, the offer of a gift of the [FPEC] curriculum [to FASEA] occurred and Mark felt that it was no longer appropriate to be the chair of FPEC while there was the FASEA relationship at the same time.” 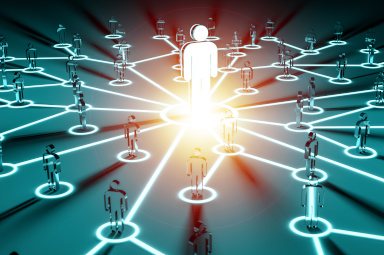