In its Future of Banking report, the ratings house said cryptocurrencies’ rapid price changes present a challenge to financial advisers.

“Because of the high volatility of their valuations, cryptocurrencies could also pose risks for financial advisers in dealing with their clients,” the report said.

S&P Global Ratings said cryptocurrencies “do not meet the basic two requisites of a currency”, and in their current form “have many characteristics of a speculative instrument”.

“We think that retail investors would be the first to bear the brunt in the event of a collapse in their market value,” the report said.

Current cryptocurrencies also have many of the characteristics of a “traditional bubble”, the report said.

However, the report added that the impact cryptocurrencies will have on the financial services industry will “be more gradual” if they become an asset class.

“That is because we believe that their future success will largely depend on the co-ordinated approach of global regulators and policymakers to regulate and enhance market participants' confidence in these instruments,” the report said.

Last September, Magellan chief executive Hamish Douglass made similar remarks about the bitcoin cryptocurrency, arguing it was headed for a "spectacular collapse". 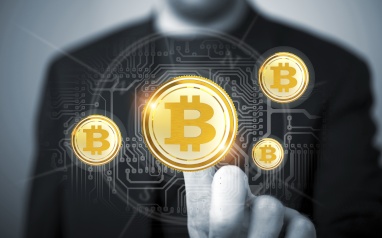