With the issuance of the new licences by ASIC, eligible companies will be able to raise capital by making offers of ordinary shares to investors via the online platform of one of the intermediaries.

"ASIC has been assessing applications as a matter of priority, as suitable intermediaries needed to be licensed before fundraising under the new regime could commence," Mr Price said.

"Intermediaries have an important gatekeeper role, which will be key to building and maintaining investor trust in crowd-sourced fundraising, so we are pleased to have now issued the first tranche of authorisations," he said.

Equity crowdfunder OnMarket, one of the seven companies to receive a licence, described the new regime as an "innovative way to fund someone else's dream".

OnMarket chief executive Ben Bucknell said, "It’s time all Australians had a fair go and access to Australian businesses of the future. Previously, investing in businesses like [athletics firm] Revvies would only be accessible to angel investors or venture capital firms, but through equity crowdfunding investment democratisation is here to stay."

Birchal, another firm to receive a licence, said it would open up "a new economy of people power allowing businesses to raise capital in a brand new way".

Equitise co-founder Chris Gilbert said, "This groundbreaking change means Australians can now put their money behind what could become the next Atlassian or Canva and support early stage local companies raising up to $5 million.

"We have led the charge to change this legislation for the past three and a half years to give all Australian investors the opportunity to invest in early stage companies." 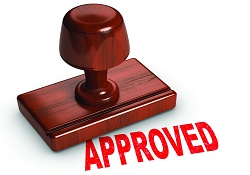