Hub24 has hired a former Challenger chief executive of distribution, marketing and research onto its board as a non-executive director.

Mr Rogan has held a number of senior executive roles at Challenger Limited over 11 years, including CEO of distribution, marketing and research; executive general manager, capital risk and strategy; and group chief financial officer. He remains a consultant for the firm.

Prior to his time at Challenger, Mr Rogan spent 14 years in various senior and executive roles for MLC across Sydney, Melbourne and London in positions such as chief executive, general manager and chief financial officer.

Mr Rogan will initially serve as a member of the audit, risk and compliance committee and will assume the position of the committee’s chair on 1 March 2018, the same day non-executive director Vaughan Webber retires.

Commenting on the appointment, Hub24 chairman Bruce Higgins said the appointment of Mr Rogan strengthened the board’s skillset in the areas of finance, risk, strategy, distribution and marketing.

“Paul has transitioned from his executive career and has been an active non-executive director in the not-for-profit sector,” Mr Higgins said.

“He has also recently founded a fintech venture to help everyday Australians manage their wealth in retirement.”

Mr Rogan founded Retirement Essentials in January this year, a fintech start-up aimed at helping everyday Australians stay in control of their finances.

“We look forward to his contribution as a director of Hub24 Limited,” Mr Higgins said.

Mr Higgins also thanked Vaughan Webber for his contribution to the growth of the firm over the past five years. 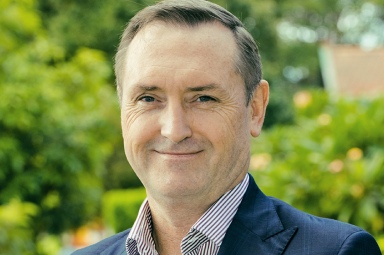