Speaking at the FSC BT Political Breakfast yesterday, the current Australian ambassador to the US was asked to weigh in on the current debate raging in Washington, DC over the Trump administration’s proposal to dramatically reduce the corporate tax rate and what impact a similar policy may have in Australia.

Despite the large number of institutional wealth management executives in attendance, the statement was well-received despite its potential sensitivity as the IFA movement continues to draw distribution ranks away from FSC member organisations.

Notwithstanding his presumably accidental foray into dealer group politics, Mr Hockey went on to offer a positive appraisal of the Australian banking and financial services sector more broadly.

“I have dealt with the financial services industry around the world … and I would say Australia has the best financial system in the world,” he said.

“I genuinely believe that. And our banking system, with flaws and challenges, is the most consumer friendly banking system in the world.

“But that doesn’t mean there aren’t problems or systemic issues that can’t be addressed. My best advice is to the financial services is view it as an opportunity not a threat.”

Reflecting on his own experience of appearing before the royal commission into the collapse of HIH Insurance, Mr Hockey offered the FSC members some advice.

“I know too much about royal commissions and how they operate,” he said. “Everything depends on the quality of the submissions. I emphasise that.” 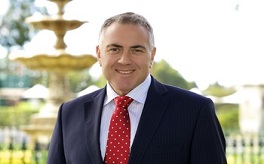