Nationals senator and longtime royal commission advocate John ‘Wacka’ Williams will be pushing for bank ownership of dealer groups to be front of mind for the inquiry.

Speaking to ifa at Parliament House in Canberra yesterday, Senator Williams – who has advocated for a royal commission into banking and financial services for seven years – warmly welcomed the Turnbull government’s announcement yesterday.

“Very pleased about this. A fair bit of pressure from the National Party and it is here at last,” Mr Williams said.

Though vertical integration of bank-owned wealth management groups was not listed specifically in the terms of reference, Senator Williams said he is confident it will be on the commission’s agenda.

“I’ve had serious concerns for a while about financial planners working for the banks – what’s called vertical integration,” he said.

“[I’m concerned about] the allegiance they may have to their employer instead of recommending the best product or giving the best advice for the client. That’s always a worry, but hopefully that sorts itself out with this inquiry.

“I would like to see it [in the terms of reference]. If I was working for Toyota selling cars, I’d want to sell you a Toyota – look after my boss, look after my company and make more of a wage. But it might be the case that Toyota is not the most suitable car for [the consumer] but I’d probably still sell you one anyway. That’s the problem I have with vertical integration.”

The federal government announced the decision yesterday following a letter from the big four bank CEOs acquiescing to an inquiry.

Mr Williams is one of a number of Nationals senators who were reportedly willing the cross the floor on the issue of a banking inquiry, alongside his colleague Barry O’Sullivan, as previously reported by ifa. 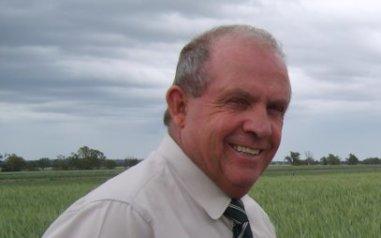