The US Securities and Exchange Commission has pursued fewer cases against financial advisers and collected significantly less penalty funds than it did under the Obama administration.

In a report released yesterday, the American corporate regulator outlined its enforcement activity for the fiscal year 2017, which coincides with the first year of the Trump administration.

Among a number of year-on-year discrepancies, the report suggests a more relaxed approach to regulation of investment advisers than in recent history.

The SEC pursued 82 standalone cases against registered investment advisers in the fiscal year, down from 98 in 2016.

More broadly, the regulator filed 754 enforcement actions in the year, indicating a shortfall of 114 cases on the year previous, and collected US$3.8 billion in “disgorgement and penalties”, indicating a decrease of US$300 million.

Notwithstanding the diminished enforcement activity, the SEC issued a statement maintaining its commitment to “protect Main Street investors”, who clawed back US$1.07 billion in the fiscal year following regulatory intervention.

“Vigorous enforcement of the federal securities laws is critical to combat wrongdoing, compensate harmed investors and maintain confidence in the integrity and fairness of our markets,” said SEC co-directors Stephanie Avakian and Steven Peikin, both of whom were appointed to their roles in June 2017, six months into the Trump presidency. 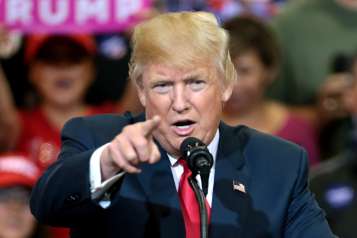