A former Zurich strategist and a former Macquarie BDM have teamed up to launch a new financial advice outfit with a passion for reaching more Australians, including the LGBTI community.

Both Fox & Hare founders have been actively involved in LGBTI advocacy efforts and other social justice initiatives within their former work networks and the wider community.

Speaking to ifa following the announcement of a yes verdict in the national same sex marriage postal survey, Ms Brady said the financial advice industry could do a much better job of promoting its services and value to minority groups and untapped demographics.

“We know that only 5 per cent of younger Australians have a financial adviser, yet all of them have financial aspirations,” she said. “We wanted to create a place that spoke their language, wasn’t intimidating and got them excited about their financial future.”

Ms Brady said that notwithstanding the verdict of the survey, advisers working with LGBTI individuals need to be aware of the current legislative environment and realities governing this niche client base.

“We believe until same-sex couples have equal rights with the rest of Australian’s, the LGBTI community needs to be aware of the nuisances that should be considered when sorting out their finances,” she said.

“They should be registering their relationship and ensuring they have a robust estate plan. Obviously, this is a very topical discussion at the moment and we want to be very loud about support for the LGBTI community.”

Fox & Hare also endorsed the yes vote, with its founder saying the firm hopes its LGBTI clients can soon have an “Australian wedding”, if they so choose.

More broadly, Ms Brady said the firm seeks to debunk the misperception that financial advice is “just for greying Baby Boomers with truckloads of cash”. 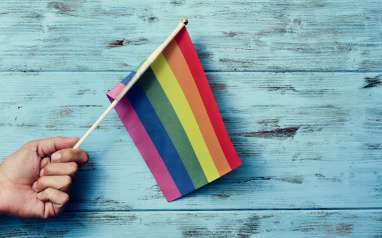