The LICG – the lobby group of risk specialists that was at the centre of the AFA’s internal conflict in 2016 – has turned its attention to Mr Bernardi’s recently-launched Australian Conservatives party, in what it hopes is a last beacon of hope for repeal of LIF.

Peter Corrie, a senior LICG figure who runs a self-licensed risk advice practice in Sydney’s Palm Beach, has joined the growing right-wing party, which was formed in early 2017 following Senator Bernardi’s defection from the Liberal Party.

He is calling on other advisers who oppose the government’s LIF reforms – which were publicly supported by the FSC, AFA and FPA – to join as rank and file members and help lobby the senator from within the party to put LIF reform on its policy agenda.

“It is estimated that up to 6,000 financial advisers/life insurance brokers from 2014 to 2021 will either exit or be sent to the wall as a result of the [LIF] regulations,” Mr Corrie wrote in an email to LICG members and other stakeholders, seen by ifa.

“But do not despair, it is not over yet. Join the Australian Conservative party and have your voice as the other political parties are heading in the left direction, so they do not support business as they should, especially small business.”

Mr Corrie anticipated that the party will receive a surge in membership in coming months and that it will be well-placed to push for reform of LIF.

The membership drive follows the LICG’s approach to the NSW Chamber of Commerce for support of LIF repeal. 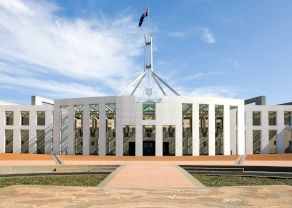