Changes in regulation and the removal of commissions have facilitated growth in the Australian exchange-traded products sector, says BetaShares.

According to Betashares’ whitepaper Getting Active: The Next Evolution in Exchange Traded Funds, various regulatory shifts have had a hand in spurring on the growth of the exchange-traded product industry in Australia.

“The abolition of many of the financial planner product commissions on managed funds has also supported the growth of the ETP sector as it has spawned the development of fee-for-service charging models by financial planners, and, with it, a greater focus on ensuring recommended investments are cost-effective,” the paper stated.

“To this end, exchange-traded investments such as ETPs are supporting a trend in the financial planning industry toward cheaper and more flexible ‘off platform’ investment management solutions, such as managing client portfolios where possible ‘on exchange’ through the ASX directly,” it said. 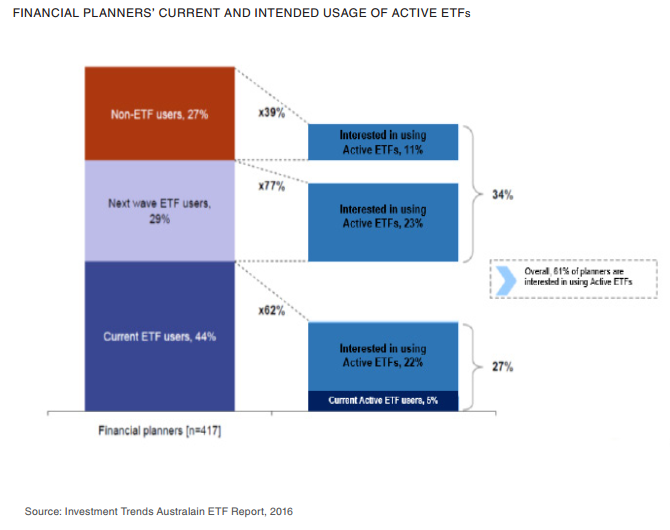 “Forty-four per cent of financial planners indicated that they were using passively managed ETFs as part of their client’s investments, and a further 29 per cent indicated they were thinking about using them over the coming 12 months.”

“Almost half” of planners who did not use passive ETFs were interested in active ETFs, the paper said.

Other regulation has also made it easier for active ETFs to gain momentum.

Firstly, the fund itself behaves as a “market maker”; and secondly, the requirement for a minimum full portfolio disclosure would be quarterly, allowing for a two-month lag.

Passively managed ETFs were referred to as ‘ETP 1.0’ in the paper, while rules-based investment strategies or smart beta strategies were named ‘ETP 2.0’.

Active ETFs, on the other hand, were dubbed “the ‘ETP 3.0’ revolution”. 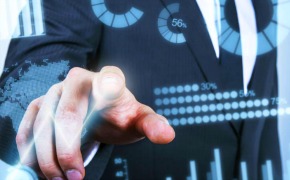