A number of practising financial advisers have been named among the winners of the inaugural Women in Finance Awards, an initiative of Momentum Media in partnership with NAB.

Leading female professionals, business owners and executives from across the finance sector have been recognised at an awards ceremony in Sydney last night that was attended by more than 800 industry participants and supporters.

Meanwhile, Trish Wilson of Asteron Life won the Business Development Professional of the Year award and Catherine Allfrey of WaveStone Capital was crowned Investment Manager of the Year.

Momentum Media head of events and professional development Jim Hall said that the winners represent the finest professionals and leaders in Australian finance.

“Congratulations to all of the winners of the first ever Women in Finance Awards,” Mr Hall said.

“It was an amazing night, and we’re proud to elevate the achievements of these inspirational women, who are not only role models for women in the financial services industry, but for the industry as a whole.

“By rewarding their hard work and dedication, and recognising the companies who have made diversity their mission, we hope to highlight the inspirational high achievers from the financial sector and recognise the rising stars of tomorrow.”

The winners of the inaugural Women in Finance Awards are:

Recruiter of the Year
Profusion Group

Women's Community Program of the Year
Women with Cents 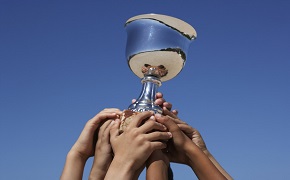