Global wealth hub launches Down Under

Planet of Finance, a global social network connecting wealth managers and investors, will officially enter the Asia-Pacific market, launching at next week’s IFA Convention in Sydney.

Headquartered in Monaco and now operational in 68 countries, Planet of Finance aims to “democratise wealth management” across the globe and has now set its sights on Australian financial advisers, said Michael Roberts, the firm’s Australian representative.

Mr Roberts told ifa Planet of Finance chose Australia for its entry point to the Asian market due to the innovative nature of Australian financial service providers and the size of Australia’s wealth pool.

“Australians are among the world’s earliest tech adopters and have a ‘get up and go’ attitude,” Mr Roberts said. “Planet of Finance represents a new way of being a wealth professional.”

The hub currently has 1,300 company members around the world, including fund managers, advisers and investors representing combined funds under management of $2.7 trillion, giving Australian users access to new service providers and prospective clients.

“Investors will be knocking on their door rather than the other way around,” Mr Roberts predicted of advisers who sign up to the service.

Planet of Finance will officially launch at IFA-CON at The Star in Sydney on Thursday, 7 September. While Mr Roberts said the service is available to all advisers, he indicated IFAs in particular may be interested.

“Advertising and brand recognition is dominated in Australia by the big players,” he said. “But on this platform investors will see everybody, so there is equality for smaller players.”

Planet of Finance is offering a free pass to IFA-CON for advisers that appear on ASIC’s register. Please visit https://www.eiseverywhere.com/ereg/index.php?eventid=260356& and enter the code PLANETOFFINANCE

Global wealth hub launches Down Under 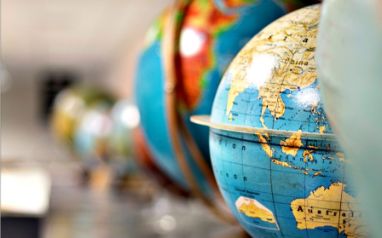