ASIC has permanently banned a former timeshare consultant who was jailed in March, while more than 350 of his former colleagues remain on the financial adviser register.

On Friday, the corporate regulator announced that Cymon Fontaine, a former consultant with Wyndham Vacation Resorts, has been permanently banned from providing financial services.

The banning order comes four months after Fontaine was convicted of defrauding six clients of more than $100,000 and sentenced to four years’ imprisonment by the Southport District Court on 3 March 2017.

Mr Fontaine was found to have used his position as a Wyndham authorised representative to obtain funds from clients to purchase timeshare credits, which he subsequently used for his own purposes.

“This kind of dishonesty is not tolerated by ASIC or the community,” said ASIC deputy chair Peter Kell.

An ASIC spokesperson told ifa the length of time between Fontaine's conviction and banning were reflective of normal protocol.

"We usually wait for sentencing comments to be processed and published from the court, and the fact he was in jail already meant there was no urgency such as protecting the public from him," the spokesperson said.

Wyndham Vacation Resorts did not respond to a request to comment on Fontaine’s banning order. 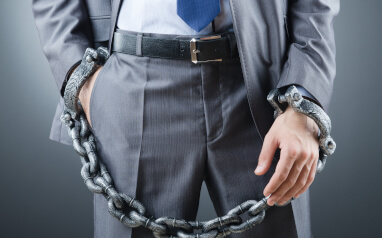