A former national president of the AFA has called on the association to follow the lead of the FPA and AIOFP and release the details of its chief executive salary package.

Yesterday, ifa exclusively revealed the CEO compensation packages of the FPA and AIOFP, following a poll that found that 94.7 per cent of advisers believe the professional associations should disclose this information to the public.

AFA CEO Philip Kewin directed ifa to its most recent annual report, which explained that total staff costs in 2016 were $2.2 million, but said it was not the board’s policy to disclose individual salaries.

Speaking to ifa, Wayne Leggett, director of Fortnum practice Paramount Wealth Management and a former AFA national president, said a change in policy on this issue would be in the association’s best interests.

“I’ve always held the view that the remuneration of office-bearers in any [not for profit], be that a charity or an industry association, should be disclosed,” Mr Leggett said.

“Notwithstanding that it may currently be their policy to not disclose, it would be in the best interests of the AFA that they look to amend policy to allow this to happen with some haste, especially in the wake of the AIOFP and FPA making their CEO remuneration public.

“Subscribing members are entitled to know where their subscriptions are being spent, with executive remuneration being a key component of such disclosure.”

AFA member and LICG figure Mark Dunsford of NOW Financial Planning told ifa he supports the leadership of Phillip Kewin and that the former Zurich executive is the right person for the job, but added his voice to calls for greater remuneration disclosure.

"It is important in the current regime of disclosure, that all CEO’s and Directors salaries, are clearly noted," Mr Dunsford said. "With advisers having to bare their souls on disclosure, it is common sense that the industry body does the same."

ifa also spoke with numerous AFA members yesterday off the record, all of whom indicated support for public disclosure of executive remuneration.

Mr Kewin said that were the association’s board to alter its position of individual salary disclosure, the information would likely be released in the form of an annual report to members, rather than statement to the press.

An ifa editorial published today argues that disclosure of individual remuneration details is an appropriate course of action for any association seeking professional status with FASEA. 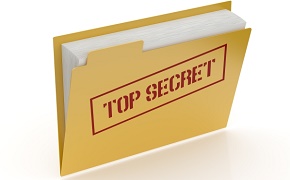