ASIC and the Australian Federal Police are conducting an investigation into “suspicious trading” of major bank shares in May, which may be connected to the bank levy leak ahead of the federal budget announcement.

ASIC officials confirmed to Senate joint committee members on Friday that the regulator is conducting an inquiry into "suspicious trading" in conjunction with an AFP investigation into the leak of the bank levy prior to the release of the budget on 9 May.

In response to a question from Labor Senator and committee deputy chair Deborah O'Neill, ASIC commissioner Cathie Armour said the regulator is looking at trading in days before the release of the federal budget.

"As you can imagine, there is a high volume of activity in those stocks so it’s not a straightforward exercise," Ms Armour said.

"We are working together with the AFP and considering whether there was any information that was inappropriately shared with third parties before the announcement."

However, while ASIC is "making inquiries", there is no formal investigation underway as yet, according to ASIC senior executive leader for markets enforcement Sharon Concisom.

Ms Concisom said the ASIC investigation has included interviews, but has not resulted in the issuance of Section 19 notices, which compel people to co-operate with ASIC.

Such notices would require a formal investigation, which is not yet underway, she said.

ASIC chairman Greg Medcraft said it was important that the general public understood the regulator is looking into the matter seriously.

Mr Medcraft encouraged people with knowledge of the leaks to volunteer the information to the regulator. 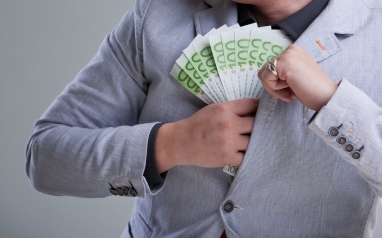