Speaking at Adviser Innovation Summit last week, Mr Gallo said it is false for a small business to believe it is less of a target for a cyber criminals than a big bank.

“If you’re small, generally you won’t have the spend or the focus on things like IT security. Back in the day, when you're stealing cars, you're not going to deliberately target the ones that are locked and have a security system,” he said.

Mr Gallo said companies will often try and bargain with the criminal, but this only leads to an increase in the ransom price.

“If you send out a ransom to somebody and they come back begging 'Please don't charge us. We are a poor small business' – the fact that you're contacting us tells me that you don't have backups and you're in trouble, so the price goes up,” he said.

“Does that mean you should just pay the ransom? I think not. It leads to two things: it doesn’t guarantee that you'll get decrypted and secondly, it sets you up as someone who should be revisited in the future.”

Mr Gallo said the average loss to a company as a result of a cyber attack is around $500,000, which to a small company can be catastrophic.

“If the company doesn’t think about security, they will be a target," he said. 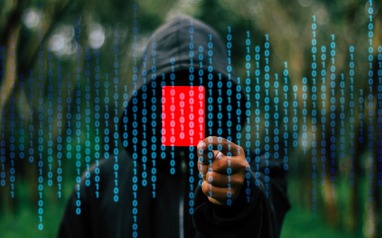