New research from Netwealth says only a minority of advisers expect blockchain and artificial intelligence trends to have a major impact on financial advice, despite bullishness on technology adoption.

The Netwealth AdviceTech Research Report 2017 – which will be exclusively launched at the Adviser Innovation Summit in Sydney today – found that advisers intend to increase their spend on technology over the next 12 months, but not all innovation trends are front of mind.

Of the surveyed respondents, 29 per cent indicated AI and machine learning would have the greatest impact on financial advice over the next five years, while 14 per cent opted for blockchain or distributed ledger.

“This is at odds with predictions that AI and blockchain could be regarded as the fourth industrial revolution causing job displacement and the creation of new roles,” the report states.

“In this regard, the advice industry is somewhat out of step with mainstream thinking on the future of technology, its benefits and its impact.”

“The thing about artificial intelligence is that, I think over in the Valley and over in San Fran, it’s still considered ‘dumb’,” Mr Heine told the Adviser Innovation Podcast.

“If artificial intelligence is considered dumb at the moment, but they’re expecting it to be much smarter in two years, capabilities in what we’re going to start seeing coming out in the next two years is going to be absolutely incredible.

“All of the things that we saw over in America are highly portable and it won’t be long before someone brings them out.”

Mr Heine will be expanding on his comments in a presentation to the Adviser Innovation Summit in Sydney today. 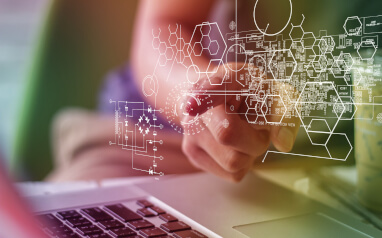