The Australian Bankers’ Association has welcomed the government’s concessions around the major bank levy despite calling it “a poorly-designed tax grab”.

According to a statement, the government’s bank levy legislation showed it will no longer apply to both derivative transactions and money the banks hold with the Reserve Bank.

“Banks welcome the concessions which would have had unintended consequences across the financial system but, despite these changes, major banks remain concerned about the government’s poorly-designed tax grab,” she said.

Ms Bligh added that, even with the changes, the levy on the major banks is “a tax on all Australians”.

“This levy will impact on investor confidence in Australia’s major banks and make it more expensive for banks to raise the money they need to lend to businesses and individuals,” she said.

“The government’s own analysis released today acknowledges that the impact of this tax could hit bank borrowers, lenders, shareholders or some combination of these groups.”

Ms Bligh said the ABA is still unsure as to how much the levy will raise despite the government maintaining that it will raise $6.2 billion over the four years of forward estimates in the budget.

She thinks Treasury “has not provided sufficient modelling to explain their calculations in the budget”.

“There is no sunset clause which is unfair to those who will be impacted by the tax. One of the rationales for the levy is that it will contribute to budget repair,” Ms Bligh said.

“If that is the case then let’s be fair and remove the tax once the budget is back in the black.” 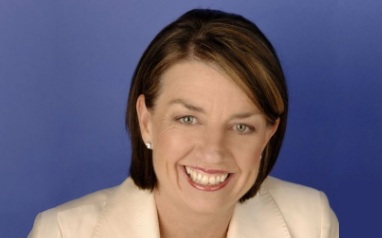