Bordeaux Wealth Advisors will join the international Focus network, in a move the company said will strengthen its presence in the American west.

The Menlo Park-based firm has a specialised client base of entrepreneurs and executives in the Silicon Valley technology and venture capital industries and aims to become the “premier boutique wealth management firm serving ultra-high-net-worth families and individuals on the west coast”, according to a statement.

“The founding mission of Focus is to help entrepreneurial firms like Bordeaux Wealth Advisors to proceed to the next level by growing their businesses in a healthy way,” said Focus chief executive and founder Rudy Adolf.

“We expect Bordeaux Wealth Advisors to become a hub for attracting top-tier wealth management talent in the western US.”

The Focus network has recently made inroads into the Australian wealth management market via its acquisition of Melbourne boutique MW Lomax and Brisbane-based Westwood Group.

Last month, ifa reported that Focus has received a significant investment from a US private equity group led by Stone Point Capital and KKR. 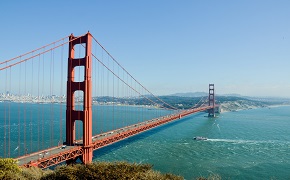