Non-aligned dealer group Infocus has announced it has restructured its senior leadership team and recruited a number of new team members across its operating divisions.

Mr Herbst joins from Heritage Bank, where he was head of wealth management prior to the sale of the bank's advice business to IOOF 's Bridges licensee, while Mr Corcoran joins from BT Financial Group, where he was most recently acting general manager for Victoria and Tasmania.

Infocus managing director and chief executive Rod Bristow said the company has seen rapid growth in many parts of our business in the last 12 months.

“Our refreshed senior leadership team brings to Infocus substantial depth and capability of expertise to help us in this exciting new phase for the group,” he said. 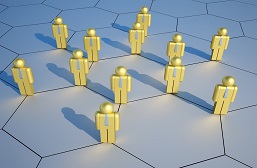