FIIG Securities has announced it appointed two new directors to its research team.

According to a statement, Mary Anne Low and John Manning have been named credit research directors with the company.

Ms Low joins the business as director of credit research for infrastructure and resources, having previously worked as a project and infrastructure finance analyst with Moody’s Investor Service, covering utilities, public-private partnership, and “other esoteric project finance”.

Prior to her role with Moody’s Investor Service, Ms Low spent three years with Citigroup as a research associate.

Mr Manning has been appointed as director of credit research for banks and financials, and has worked with a number of businesses in his 31-year career in the financial services industry, including Aberdeen Asset Management and the Royal Bank of Scotland.

These new hires bring FIIG Securities’ research team to six people, and the company’s head of credit strategy and research Mark Bayley added that Ms Low and Mr Manning’s appointments would expand the unit’s knowledge base.

“John joins FIIG with extensive experience in credit research with some of the country’s leading investment houses, while Mary Anne was previously with one of the leading credit rating agencies,” he said.

“John and Mary Anne will significantly enhance the depth and breadth of our research capacity; they are both well respected across the industry and we are delighted they have decided to join FIIG.” 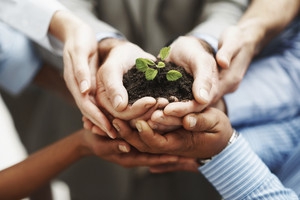