A licensee managing director has noted how large dealer groups use approved product lists to extract shelf space fees from insurers, referring to the practice as “a straight bribe”.

“It should be neutral where the product is placed based on the needs of the customer.”

Mr Swanson said that ClearView — which also has an insurance arm — has 100 per cent open product lists, conceding that its products won’t be the best for every customer’s circumstance.

But that does not mean other dealer groups are doing the same, he said.

“We pay no bonuses to anyone for volumes or consistencies and we pay no shelf space fees and that is why we have been excluded from a number of companies’ approved product lists,” he said.

“I made the observation in the results we announced to the ASX yesterday, we’re now on 293 boutique licensees' or dealer groups' approved product lists but we can’t get onto the big ones because we refuse to pay shelf space fees.”

Mr Swanson also reiterated his criticism of FSC around the issue of APLs, saying it had made no progress in the last 18 months.

He also noted how the Trowbridge Report recommended half of the insurers should be on APLs.

“I have no idea how Mr Trowbridge came to that conclusion,” Mr Swanson said. 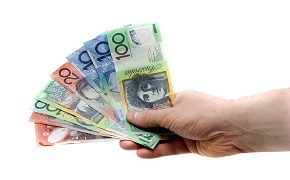