Advisers within the IOOF network are dismayed by changes to their in-house research and approved product list process, as the institution divests from practices licensed by its Lonsdale and Bridges dealer groups.

As part of its announcement of half-yearly results last week, IOOF pointed to “divestments” from its advice channel, with equity stakes in a number of Lonsdale and Bridges practices transferred back to the relevant advisers.

While the divestment of these practices was intended from day one, a source with executive experience within the IOOF network, speaking to ifa on condition of anonymity, said the transaction comes amid significant tension within IOOF’s dealer groups, particularly Lonsdale Financial Group.

“A number of major practices have left the group,” the source revealed. “The main dispute is over research and approved product lists, with many practices refusing to give up control to IOOF on this.”

Lonsdale previously had a broad approved product list that was determined by Lonsec, the ratings house it once owned under the name of Lonsdale Securities, but additional restrictions on the APL have been implemented by IOOF’s investment research committee, the source said.

“This research committee is causing great grief,” the source added, alleging the investment research and compliance arms of IOOF had a row over how broad or narrow APLs had to be in order to comply with FOFA's best interest duty.

One financial adviser currently licensed by Lonsdale, speaking to ifa under the same condition, said the dealer group’s research process did recently change resulting in diminished access to Lonsec’s research and model portfolios, causing a stir at a recent PD day.

Speaking to ifa, IOOF group general manager, wealth management, Renato Mota would not confirm or deny whether there have been recent changes to the research process for IOOF dealer groups, but refuted claims of internal disputes.

“I’m not hearing that [feedback from advisers]. We continue to use Lonsec, particularly with the heritage of that business,” Mr Mota said.

“There is no conflict between compliance and research, we have a really robust process and we haven’t had any angry advisers in response to that. We haven’t lost any key Lonsdale firms – across the firm we are net-net up.”

According to ASIC data, 46 advisers left Lonsdale Financial Group in 2016, with 42 joining the licensee over the same period.

Mr Mota also said IOOF has been a beneficiary of advisers fleeing from other institutions, listing an "open architecture" philosophy as a key differential between the major players.

The comments come as ASIC has revealed its "regulatory experience" suggests advisers within vertically-integrated channels display a visible bias towards in-house financial products.

Do you know more about this? [email protected] 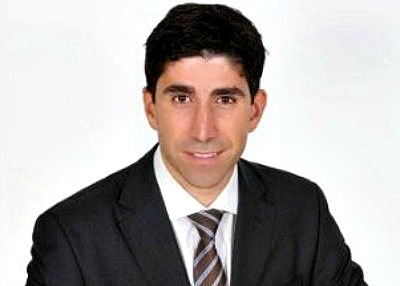