The FPA’s former chief executive Mark Rantall has been appointed as independent chairman of a Countplus-aligned financial planning dealer group.

Mr Rantall stepped down from the FPA in February 2016. He has over 20 years’ licensee experience, including as the managing director of Godfrey Pembroke from 2003 to 2008, according to a statement.

“I am pleased to be joining TFS as independent chairman in order to assist with its objectives of pursuing quality growth, implementing the highest governance and compliance standards, and continuing to play an important role as a licensee,” Mr Rantall said.

Following the departure from TFS of former CEO Marcelo Fernandez for lifestyle and family reasons, Andrew Kennedy has been appointed acting chief executive. Mr Kennedy moves into the role from his previous position as general manager of growth.

Countplus chief executive Phil Aris said, “We are very pleased with the new team and the prospects they will deliver for 2017 and beyond.” 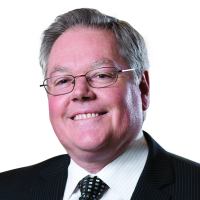