A new survey has found that only 50 per cent of US investors, who fully rely on financial advice, would rather pay their advisers asset-based fees than retainers or commissions.

According to a report by US researcher Cerulli Associates, 49 per cent of investors within the adviser-directed segment would prefer their advisers be remunerated via an asset-based fee model.

Meanwhile, 24 per cent would rather pay a retainer fee and 21 per cent prefer their adviser receive a commission. Just 5 per cent were in favour of an hourly fee, the study shows.

“While critics of the industry’s move toward fee-based offerings bemoan the potential for limiting choice for investors from this perspective, it actually appears that clinging to commission-based models may result in mismatches with the preferences of a majority of adviser-reliant clients,” the report states.

The research also found that investors in the US have expressed a greater willingness to pay for advice about their investments.

“In 2008, 40 per cent of respondents indicated that they were interested in paying for advice. By 2016, the per cent grew to 50 per cent,” said Cerulli director Scott Smith.

“Investors under age 40 express the greatest keenness to pay for financial advice.”

Mr Smith added that with the rapid growth of digital retailers, traditional wealth management providers must assess the vulnerability of their business models.

“Digital options have become part of the landscape but consumers facing complex decision processes repeatedly choose to include humans in their service selections,” he said. 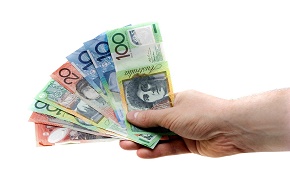