Sales in the life insurance market are up 3.6 per cent to $15.8 billion for the year ending September 2016, according to figures from Strategic Insight.

Strategic Insight said overall risk market sales grew from $15.2 billion to $15.8 billion over the past year up to September 2016.

Individual risk lump sum premium inflows increased by 3.9 per cent, the study said, with almost all insurers recording some growth in business.

The only major insurer with a decrease in business was CommInsure, recording 4.8 per cent loss over the year.

“Inflows into the lump sum sub-market grew by 3.9 per cent with most companies reporting at least some increase in business,” the study said.

“Among the market leaders, AIA (17 per cent), BT/Westpac (6.9 per cent) and TAL (6.9 per cent) experienced the highest percentage increases in their inflows year-on-year.”

Individual risk income premium inflows increased 7 per cent over the year, with BT/Westpac (18.9 per cent), AIA (18.7 per cent) and TAL (12.5 per cent) the best performers.

Also, there was an increase of overall group risk premium inflows of 2 per cent over the year ending September 2016.

“Of the larger companies, TAL (13.7 per cent, mainly due to being awarded the CBUS insurance mandate), AIA (12 per cent) and OnePath (8 per cent) recorded well above-average percentage increases in their annual group risk inflows,” the study said. 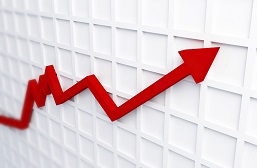