The FSC has stated its support for a set of recently released reforms recommended by the Australian Law Reform Commission aimed at addressing concerns regarding elder financial abuse in Australia.

The ALRC provided a scope and direction on its proposed reforms addressing elder financial abuse in a paper released this month, according to a statement.

FSC chief executive Sally Loane said, “We will continue to contribute to the work of the ALRC to ensure that the appropriate legal and institutional frameworks come into place to ensure financial services providers are able to act on and safeguard against incidence of elder financial abuse.

“The FSC acknowledges that financial services providers have a large part to play in identifying and helping prevent the growing issue of elder financial abuse.

“As we face the challenges of an ageing population, this responsibility one we take most seriously.”

The FSC also said it acknowledges the work done by the Australian Bankers Association in developing the first set of banking industry guidance on elder financial abuse, as well as groups including the Australian Guardianship and Administrative Council.

It will make a submission in response to the paper in February 2017. 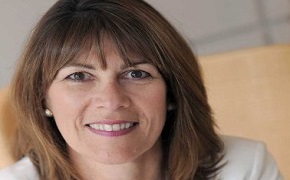