The demand for Australian-trained financial advisers is growing in Asian countries, where mid-tier advisers are earning more than $250,000 a year, according to a consultant.

In a statement, Recruit 2 Advice principal Dugald Braithwaite said the demand for Australian advisers is growing in Singapore and Hong Kong.

“Australian advisers are held in high regard and I suppose that is why they are in such demand. Our systems and regulatory standards are amongst the world’s highest.”

Mr Braithwaite added, however, that there is a looming shortage of advisers in the Australian market.

“I also see this additional demand placing pressure on the supply side in Australia. Banks are simply not the high-turnover training ground for junior advisers they once were,” he said.

“There are not enough junior and mid-tier advisers coming through the ranks.” 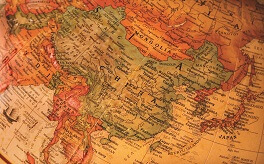