BT Financial Group recommends that any moves towards greater transparency of insurance claims data must follow a ‘like for like’ principle and avoid distortions that could drive inappropriate consumer choices.

In its submission to the life insurance inquiry, BT said an overly simplistic approach to claims data that does not compare ‘like for like’ risks misinforming consumers, and that it is important to recognise the complexity giving rise to the variations in claims decisions.

“We support mandatory reporting of claims however, to protect consumers from distortions that could drive inappropriate choices, the principle of ‘like for like’ should be rigorously maintained when designing a statistical solution,” the submission said.

BT provided an example (Figure 1) where the counting of existing claims “distorts the real decline rate for the consumer and disadvantages the company with fewer existing claims.

“Newer companies with younger insurance books are likely to have fewer existing claims,” the submission said.

“This potential distortion against newer companies may also flow from the nature of their consumer demographic.”

Figure 1: Reporting distortion based on methodology

BT showed another example in its submission (Figure 2) where distortion of data could be reported based on variations in consumer demographic.

“Company B, with a younger demographic, could appear to have a higher decline rate when both companies have exactly the same approach.”

Figure 2: Reporting distortion based on variations in consumer demographic 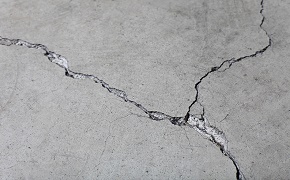