AMP has announced a restructure of its leadership team, which includes a new group executive for advice to lead “the largest adviser network in Australia”.

According to a statement, Jack Regan has been named group executive, advice and New Zealand. He joined AMP in 2002 and has served as managing director of New Zealand financial services since 2007.

He will retain responsibility for the management of AMP New Zealand.

At the same time, AMP announced Paul Sainsbury will lead a new division that brings together customer, wealth management and product solutions.

AMP chief executive Craig Meller said, “I would like to thank those executives who are leaving the organisation for their contribution to AMP and to the transformation of our core Australian business during the past three years.

“I wish each of them well in the future.”

The changes in leadership are intended to “deliver sharper focus on performance in the core Australian businesses, drive efficiency across the group and provide increased emphasis on the growth drivers in the portfolio”, the statement said. 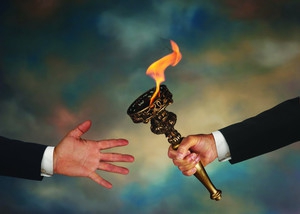