The government’s introduction of the professional standards bill into Parliament yesterday has received support across the industry bodies, unanimously calling it another step towards recognising financial advice as a profession.

AFA chief executive Brad Fox said the professional standards bill is good news, noting that “the future uptake of financial advice will be supported by this important industry reform”.

“This legislation is another important forward step in achieving wide public participation in financial advice and AFA members will be ready to serve them,” Mr Fox said.

“We will continue to seek sensible transition pathways such as the Fellow Chartered Financial Practitioner (FChFP) designation for existing advisers but it is important for all advisers to take note of the key transition dates and start early on upgrading their qualifications.”

The AFA said it will be reviewing the details of the bill over the coming days and seeking further feedback from members.

“The introduction of enshrinement will also make it easier for consumers to know who is and who isn’t licensed to provide financial advice.”

Mr De Gori also said the FPA is committed to supporting members through the transitional period.

“The FPA will be advocating that those who have obtained the Certified Financial Planner designation and/or will obtain the designation after 1 July 2019 be recognised as an equivalent qualification,” he said.

"A key priority will be to ensure that the new education standards recognise the importance of specialist advice areas, such as SMSF advice," Ms Slattery said.

BT Financial Group general manager for advice Mark Spiers said the reforms "are an important contribution toward building the confidence of Australians to access and benefit from good financial advice".

Mr Spiers also showed support for the independent standards body, saying it will "provide the necessary oversight and steer the industry along the right path, guided by best practice in professional services". 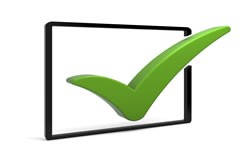