A former Suncorp adviser reveals how going non-aligned went smoother than she expected, providing her with invaluable business insights as well as opportunities for improvement.

“I was concerned that if I chose to licence under another vertically integrated model, I may face the same issue again should they choose to follow a similar strategy to Suncorp,” she said.

“The process of researching five different licensees proved to be a really great learning experience and greatly expanded my professional knowledge of ASIC’s compliance regime.”

Because of major overseas travel commitments to her new role with Million Dollar Round Table, Ms Paterson said there was too much key person risk in her becoming the responsible manager if she joined Centrepoint Alliance as a self-licensed practice.

Instead, she decided to transition to Centrepoint as a corporate authorised representative before looking again at self-licensing.

However, Ms Paterson found the transition to self-licensing easier than she envisaged.

“I thought it would take three months or so to move across to the new dealer group and get back to 100 per cent productivity,” she said.

“It actually took less than two weeks for us to be up and running.”

Centrepoint Alliance managing director John de Zwart said in a statement every practice is unique and there is no one-size-fits-all solution.

“Our aim is to work with practice owners to find the right licensee solution for them and to continue to support them as they grow and their needs change over time,” he said.

In July, former Guardian-aligned adviser Peita Diamantidis told ifa she decided to become self-licensed because she wanted to "lead the charge in terms of providing innovative client offers".

ASIC data also showed that, out of 87 former Guardian advisers, who left the dealer group following the November announcement, 77 moved on to non-aligned licensees. 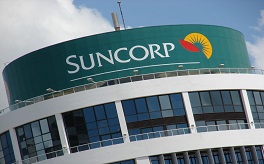