A significant majority of American financial advisers have endorsed Republican presidential nominee Donald Trump as having a superior economic plan to his Democratic opponent, Hillary Clinton.

According to research conducted by Californian consultancy Woodbridge Wealth, 83 per cent of registered investment advisers and insurance advisers participating in the survey believe Mr Trump is the better candidate for “fostering long-term growth and building a healthy US economy”.

By contrast just 6 per cent of respondents indicated their belief that Mrs Clinton would be the better president on economic policy, with the remainder suggesting that neither candidate will have a positive impact.

Respondents indicated the Republican ticket’s pledge to dramatically reduce the federal corporate tax rate was the most appealing economic policy item, with 75 per cent saying it will have a positive impact on the economy, while 10 per cent pointed to changes to the capital gains tax and 8 per cent singled out Trump’s Social Security plan.

Meanwhile, 31 per cent of respondents said the Obama administration’s fiduciary rule for advisers is an important enough issue to warrant discussion in the presidential election campaign.

The survey results come as AMP chief economist Shane Oliver has argued that a Trump victory in Tuesday’s election would spell “bad news” for the Australian economy.

“A Trump victory is likely to be initially negative for shares and favour safe havens like bonds and the US dollar, as investors would fear his policies on trade in particular. This would be negative for Australian and Asian shares and for the growth sensitive Australian dollar,” Dr Oliver said.

“Australia being more dependent on trade than the US would be particularly adversely affected if Trump were to set off a global trade war.” 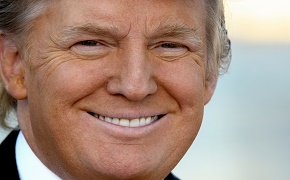